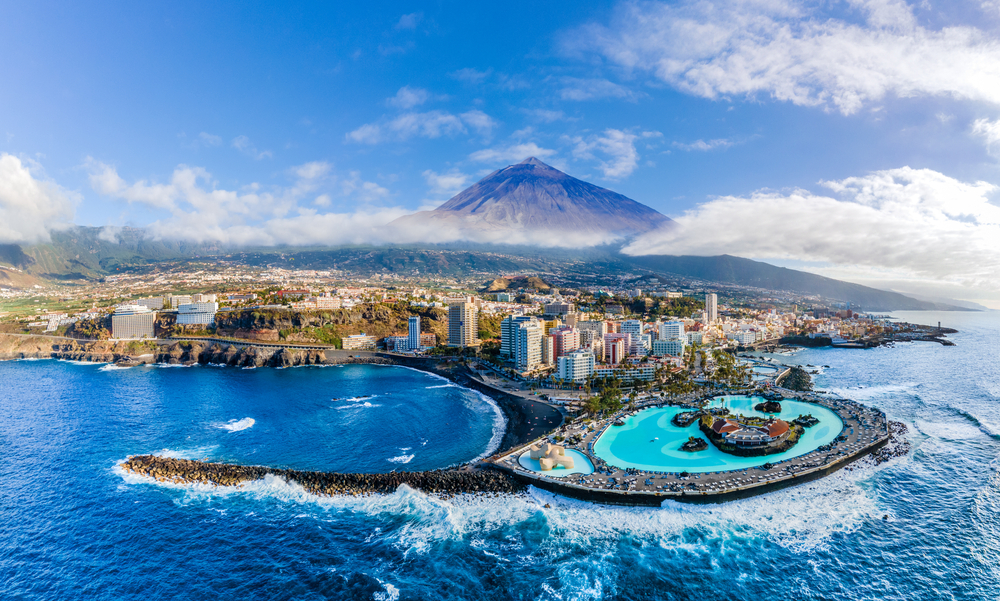 Our editorial staff always welcomes the chance to be able to get rid of our gloves and hats during the cold winter months. We don’t have in mind spending some time in a caffe with a cup of tea but rather running away from the cold itself. If you get goosebumps when recalling a past holiday in an exotic destination, we have a great tip for you, the Canary Islands. It is a relatively close destination (just a single return flight), it is warm there also in winter and, what’s more, the nature there will astonish you.

Now let’s have a closer look at what the Canary Islands have to offer. We have a stash of great deals for you on air tickets and stays down at the end of this article. And don’t forget! When booking a flight with our app, use the discount code PECKYAPPKA and you’ll get a €10 discount.

1. Better near than far

If your main goal is just to warm yourself up a little, the biggest advantage of the Canary Islands is its geographic location. You’ll get there directly from Vienna without having to change planes in just 5 hours, which is three times shorter than a journey to Southeast Asia, for instance, and it has become a top destination for tourists during the recent years.

Not every destination can boast 300 days of sunshine in a year and an almost constant temperature of up to 23°C even during the winter months. Now imagine that during the same period, the temperature here in Europe is 20 degrees lower. So, what about having Christmas dinner on the beach? That’s what you call a holiday feast!

No crowds and yet no reason for boredom

Well, actually, we happened to savour the delicious taste of kapustnica on the beach there. It conjured up an atmosphere of a private beach, nothing like your average Joe’s sardines. Despite a smaller number of tourists, the resorts stay further open. So, you’ll have no trouble finding accommodation. The challenge you may face will rather be how to decide between the best available choices. The good news is that, on top of it, you’ll also save some money, as we are now in the off season.

You ask why you should go somewhere where there’s nobody? No worries, you won’t be alone there. Pubs, caffes and restaurants will be open, and there will be a lot of other tourists. Just not as many as during Summer.

From January to March, a carnival is held in the Canary Islands featuring parade marching and sensual Spanish dancers. The local people prepare for this event almost the whole year. They take this task seriously. The extravagant costumes might weigh as much as a couple of hundred kilos, and apparently the choreography has also been given a lot of thought and attention. The coronation of the Carnival Queen is the high point of the event. You must simply see it!

5. Boundless Universe above your head

In the Northern Hemisphere, you can hardly find places where the conditions for observing the Universe are than in the Canary Islands. It will certainly be an extraordinary astronomical display. In Tenerife and La Palma, you can take advantage of commented night-time stargazing tours.

The wrath of volcanos usually leaves behind a beauty that is heart-touching. Such is also the nature in the Canary Islands. Hardened lava and ash kiss the sea. Craters sleep on the bosom of the thick woods, and just look at that distinct flora… Well, perhaps we could make a juicy comparison here, but you should rather go and see it for yourself. It’s a paradise for nature lovers. You can choose from dozens of tours that let you constantly discover something new. And you won’t sweat as much during the winter season, for that matter.

You don’t find guided tours exciting enough? Ok, then you might want to visit one of the best professional golf resorts in Europe. Just imagine how wonderful it would be to strike a couple of golf balls marvelling at the beautiful scenery and later on to immerse yourself in water and in your pleasant thoughts in the nearby spa.

If you still need something more challenging, what about mountain climbing? Or, maybe mountain biking?

Our favourite discipline is undoubtedly paragliding. Get carried along by the wind above the volcanoes and the fascinating landscape… Oh yeah, let’s get going!

Are you travelling with kids? If so, then take a picture of this name with your phone camera: Siam Water Park. It is situated in Tenerife and, in 2017, it was chosen by TripAdvisor as the best water attraction in the world. It is true that the Thai influence on it is undeniable, but the experience itself will be unforgettable. The opening hours in winter are from 10 am to 5 pm, and the admission fee ranges from 25€ for a child up to 37€ for an adult.

Have you seen Sahara with your own eyes? In any case, you’ll be able to see its authentic little sibling, the 17 km wide sand dunes of Maspalomas on the Gran Canaria Island. You can get around here either on foot or on the back of a camel.

However, as opposed to Sahara, the sea here is never too far for you not to be able to occasionally refresh yourself in the water.

The constantly warm weather is not pleasant just for us, humans, but also for grapevines for instance. For that reason, the Canary Islands produce world-acclaimed wines. You ought to accept an invitation to taste some of them, you won’t regret. 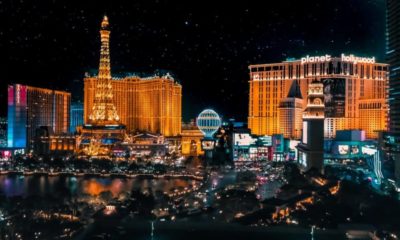 10 reasons why you should experience Vegas for yourself 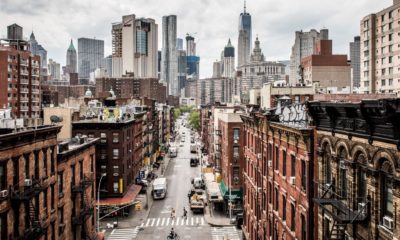 What is a must-see in New York? We recommend you these activities 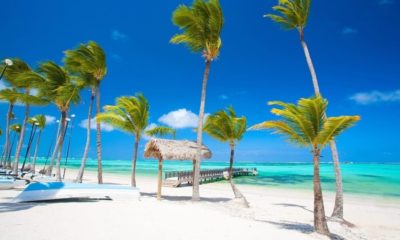 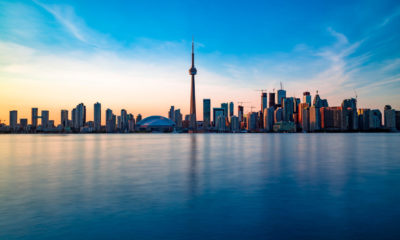 From New York to Cancún. Experience different cities in America! 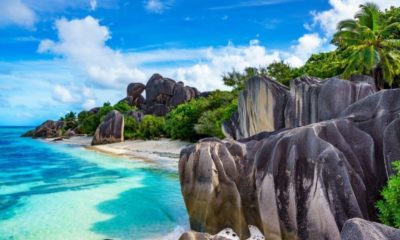